The marketing of Liquid milk in sachets was introduced from the year 1981 itself.

The production and marketing of Table Butter under the brand name ‘SUDHA” was introduced from 1st October, 1993 and the response has been encouraging.

The marketing of Sudha brand of Ice Cream in Patna after test marketing in August – September, 1994, was formally launched from April, 1995. The Initial response has been satisfactory. Efforts are on to increase the market share of Sudha ice-cream.

The marketing of Sudha brand Plain/Misti Dahi in Patna was started in Oct.- Nov. 2001 and was formally launched from Nov. 2001. The initial response for this product too has been overwhelming. 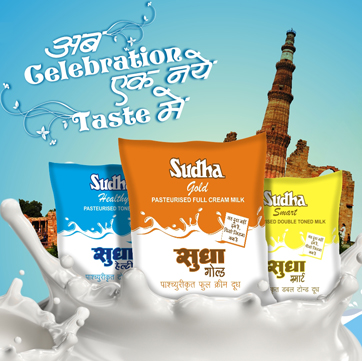