Milk producing animals have been domesticated for thousands of years. Initially, they were part of the subsistence farming that nomads engaged in. As the community moved about the country, their animals accompanied them. Protecting and feeding the animals were a big part of the symbiotic relationship between the animals and the herders.

In the more recent past, people in agricultural societies owned dairy animals that they milked for domestic and local (village) consumption. In this case the animals were normally milked by hand and the herd size was quite small, so that all of the animals could be milked in less than an hour—about 10 per milker.

Patna was one of the milk shed identified under ‘Operation Flood - I’ (OF-1) for implementation of the programme. A One hundred thousand litres per day capacity Feeder Balancing Dairy (FBD) and 100 MT per day capacity cattle feed plant (CFP) were set up under this programme.

The Corporation positioned a multi disciplinary Procurement & Inputs wing in 1975 after their recruitment and training. A Spear Head Team (SHT) was deputed from National Dairy Development Board (NDDB) from the same year for helping the Corporation in organising and developing the Cooperatives. Though the progress in the initial years was encouraging, the programme, for obvious reasons could not achieve the goals for which it was established.

Subsequently, the State Government felt it worthwhile to request the DAIRY BOARD (NDDB) for taking over the infrastructure created on management basis. The National Dairy Development Board (NDDB) took over the management of the infrastructure with effect from 1st October, 1981 under the banner of Patna Dairy Project (PDP). Dr. Verghese Kurien was the Chairman of this organization from 1981 to1988.

The NDDB immediately after taking over the project positioned an integrated Spear Head Team to restructure the milk procurement activities and also for streamlining the working of the FBD and CFP. Under the management of NDDB the project had not only made excellent progress but had been able to establish the fact that the Cooperatives could function equally well in Bihar too and what is essential is the proper atmosphere and guidance.

The major tasks before the Vaishal Patliputra Dugdh Utpadak Sahkari Sangh Ltd. (VPDUSS) was to see that the excellent infrastructure developed by the National Dairy Development Board (NDDB) is not only maintained but also to see that the pace of development is not hampered. The Vaishal Patliputra Dugdh Utpadak Sahkari Sangh Ltd. (VPDUSS) has been able to accomplish these tasks to a greater extent. The Board of Directors consists of 12 elected Members from Milk Producers and three exofficio members M D of Milk Union, MD Comfed and a representative from NDDB. A Professional Sri Sudhir Kumar Singh is Managing Director of Milk Union he is associated with the Organisation since 1981.The capacity of FBD has been inhanced from one lakh liter perday to 2.5 lakh per day and one lakh liter per day Dairy plant has been established at Hazipur . The progress of the Project over the years has been remarkably successful. It has now grown into one of the most successful Milk Union in the country.

The Milk Union undertakes supportive activities of Milk Producers for income and social security. Such as we are paying remunerative price of Milk. The rural milk producers are paid around Rs One crore daily which comes around Rs 30 crore in a month.This amount adds in poverty alleviation of poor Farmers and raises per capita income of Bihar. It catters their day to day expenses of family. There are around 1.5 lakh families are benefitted under this program in five Districts of Bihar.

There are different supportive program for Milk Producers.

Milk Union plough back about 80% of its revenue receipt as milk value and incentive to the rural milk producers. In addition to that 565 Women Dairy Co-Operatives are functioning exclusively by Women. Our Milk Union Chairperson is Women which is first time in Bihar.

There are at present 2490 nos of functional Dairy Cooperative Societies (DCS) in the areas of VPMU covering the districts of Patna, Vaishali, Nalanda , Saran& shekhpura with a total membership of 151952. The daily average procurement has reached upto 319460 litres during the year 2015-2016, It is hoped that the project shall collect above 4.5 lakh litres of milk per day in commencing year. There are 580 nos of Women Cooperative Societies exclusively managed and run by rural women folk. While the Union has a fairly good number of functional societies, emphasis is being given to consolidate the functioning of the primary societies by increasing the members participation. The Cooperative Development (CD) Programme was also initiated from March, 1991 with the assistance of NDDB.

The Union, in addition to providing a ready and stable market for the rurally produced milk at the door-step has been providing the inputs required for milk production enhancement viz. Artificial Insemination (AI) with Frozen Semen, Veterinary First Aid (VFA), Vaccination, supply of balanced feed, supply of fodder seeds, treatment of paddy straw/wheat bhusa with Urea, supply of Urea Molasses Block (UMB) etc on no profit no loss basis. The response from the milk producers for all these inputs has been exceedingly encouraging and the Union is in the process of extending these facilities to more and more societies and farmers.

The Feeder Balancing Dairy with a capacity to handle 2.5 lakhs litres per day (LLPD), has facilities for manufacture of milk powder, butter, ghee, ice cream, peda, paneer and Plain/Misti Dahi.,Lassi,Matha and kulfi.

The production and marketing of Table Butter under the brand name `SUDHA’ was introduced from 1st October, 1993 and the response has been encouraging.

The marketing of Sudha brand of Ice Cream in Patna after test marketing in August-September, 1994, was formally launched from April, 1995. The initial response has been satisfactory. Efforts are on to increase the market share of Sudha ice-cream.

The marketing of Sudha brand Plain / Misti Dahi in Patna was started in Oct - Nov. 2001 and was formally launched from Nov. 2001. The initial response for this product too has been overwhelming.

The production of Sudha brand Lassi in Patna was started in April-May - 2003 , the product of matha started in March -2007 and Mango Lassi & Mango Dahi started in march-10.

The production of sudha brand kulfi was started in 2011.

The capacity of Cattle Feed Plant has been inhance from 100 mt to 150 mt per days. The role of balanced feed is not only increasing milk production but also sustaining the same by ensuring regular conception need not be over emphasized. Realizing the same the Union has been making consistent efforts for popularizing the consumption of balanced feed by the milk producers. Another 150 MT Cattle feed plant is ready for production. In addition to that one 20 MT Bye Pass protein plant is also coming up. with this feed, cost of production of milk will be reduced. Animals will require One Kg feed in lieu of Two Kg which is our ultimate aim.

In addition to catering to the needs of the Dairy Cooperative Societies Cattle feed is sold through dealers in rest of the state for better capacity utilisation of the Plant. Further realising the importance of introduction of latest technologies in this field, the production and sale of By Pass Protein feed was started from the year 1989-90. The response for this feed too is encouraging.

The marketing of liquid milk in sachets was introduced from the year 1981 itself. However, initially the thrust was for organising the milk procurement activities and to stabilise the same at reasonable level. Nevertheless there was some natural growth in the milk marketing over the years. However, for various reasons there was some stagnation for few years in the quantity of milk marketed. With certain modifications in the policy decisions and because of concerted efforts, the quantum of milk being marketed is steadily growing. The average Milk Marketing of Milk Union is 222000 ltr. per day.

The Dairy Plant Management Programme (DPM) was introduced in the year 1992 followed by Quality Assurance Programme (QAP) in the year 1993 with the help of NDDB. This resulted in bringing about a positive change leading to viability of the project coupled with lowering of operational costs on one hand and improved quality of products on the other. Consequent to the liberalisation and globalisation of Indian economy in early 90’s it was felt that the organisation should strive to make its total outlook, approach and systems of highest standards. Accordingly, it was decided in the year 2001 that the organisation should go in for ISO certification both in quality management system and food safety. This process was successfully completed leading to ISO-22000:2005 certification by Indian Register Quality System ( IRQS ) 2013.

The project has been honoured with “Best Productivity Performance”Award for the four years 2000 - 2001, 2001-2002 , 2005-2006 & 2006-2007 by National Productivity Council, New Delhi. The Chamber Commerce Association of Patna has honoured VPMU ¼ Patna Dairy ½ by providing Vanijayakar Ratna”/ Bhamashah Samman in the month of January 2010.This is a rare honour by any of the dairies in India. The international Business Council has honoured by “Indira Ghandhi Exellence Award” in December-2013. 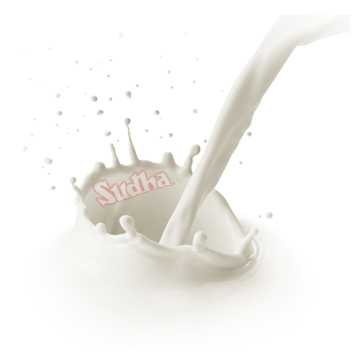